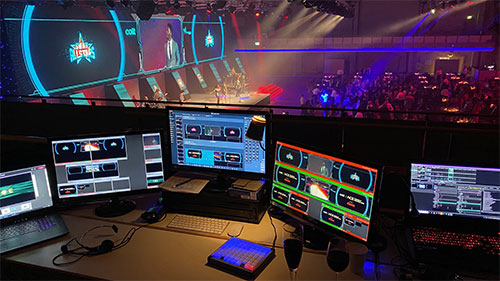 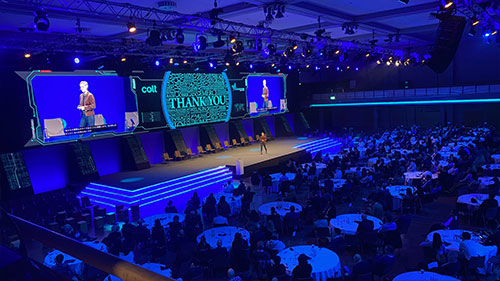 The three-day Sales Kick Off, an internal event for 850 Colt global sales team members, partners, agents and guests, was held at the Estrel Congress Centre in Berlin. UK based JT Productions (JTP) were chosen for the third consecutive year to supply full technical production for the event which included main plenary sessions, a gala awards dinner, four breakout rooms and a teambuilding session that included 600 of the delegates playing various musical instruments.

Jim Thornton, Managing Director for JTP, explains, “The RS3, with its 24 inputs and 12 outputs, was chosen for this event due to its very low latency for live camera to screen and its flexibility with layers and outputs. The theme for the event was ‘Transform’ and the main focal point for the plenary room was the main screen, motion graphics and stage design. To get the futuristic look we were after, there was no other option than an LED wall, and choosing the right type that could also fit within the venue’s roof weight restrictions was crucial.” 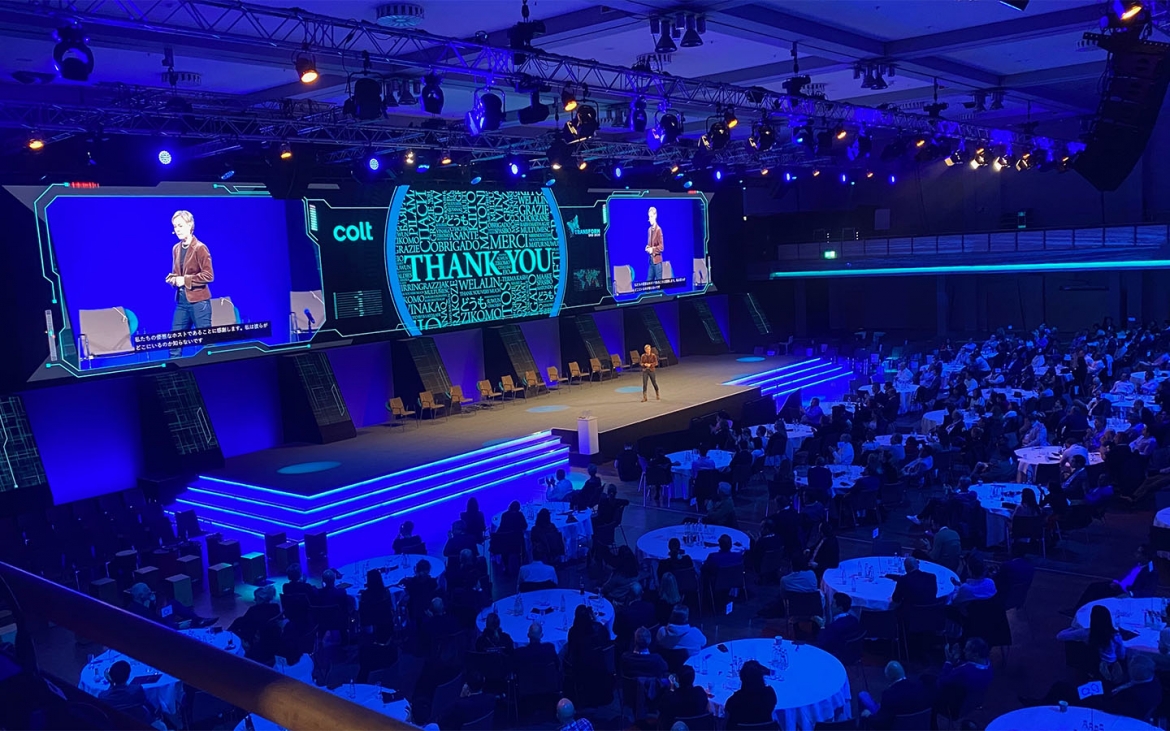 Thornton adds, “Stability for video control was imperative as there were so many moving parts. With seven layers used on the main screen for most of the sessions, every layer had to be pixel perfect. Presenter graphics (PPT) were designed to fit on top of the live moving background by using a custom built Resolume system. I did a lot of research on which video control system to use, and I’m so pleased I chose to buy the RS3. The system was completely rock solid for the seven days we were on-site, and there was not a single glitch. In the past we have always used our Analog Way Ascender 32 4K for these types of show, but the RS3 took us to another level.

It was a great event and everything went exactly to plan. Our client was extremely pleased with how everything went and a lot of the delegate feedback said that it was their best kick off ever. Having the RS3 as our main control system helped us to be so flexible with our clients changing requirements. We are looking forward to working on many more shows with this great piece of kit.”